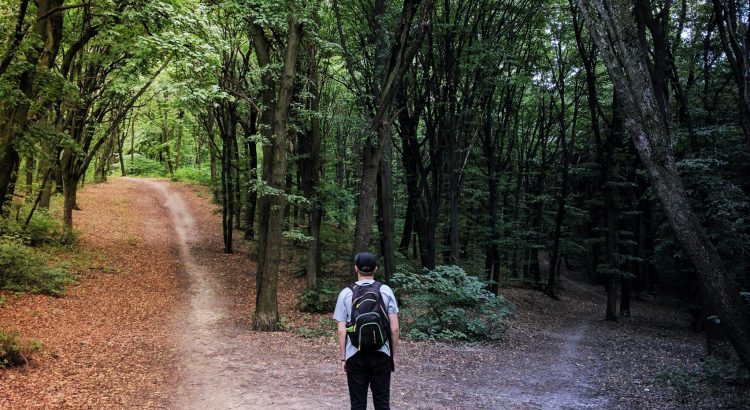 Have you ever had a song that you can’t get out of your head, a brainworm that will not go away? All Together Now by The Farm has been that song for me. It was a Christmas hit about solidarity in the First World War—the 1914 Christmas truce that resulted in a football match between British and German combatants.

The Farm’s refrain of “All together now in no man’s land” feels like an apt way of describing the position in which many faith leaders currently find themselves: trapped in the middle with no authority to defer to.

Freedom Day has now come, yet it feels a little unclear who is in control. On the one hand, the 19th of July has brought an end to pretty much all Government-mandated restrictions. Lockdown is finally over and we have our freedom back.

But this means that faith leaders must decide themselves what can go on in their places of worship and community venues, and any decision they make to restrict activity could be challenged with an appeal to our new-found freedom: “why can’t we do this when the Government says we’re free again?”.

And, of course, what we mean by ‘freedom’ is not that simple, either. With infection rates still on the rise, to me this does not feel like a summer of freedom. The Government asks that we remain cautious, to be neighbourly, to think of others’ wellbeing and to continue to use masks when in confined spaces.

A question of leadership

Over the last year, I have been surprised at the number of times I have heard faith leaders asking the government to make clearer black-and-white rules around what could and could not be done. We must recognise the huge pressure faith leaders have been under this past year, and the difficulty of these decisions, but at times it felt to me that some leaders had been only too keen to abdicate the responsibility for leadership to Government officials.

Well, this option is no longer there, and navigating the circumstances, vulnerability and needs of each faith group will be extremely difficult. With that in mind, we wanted to offer some advice. Over the past year, FaithAction has been a channel for official government guidance and input from public health officials. However, this time, we want to be a little bit more philosophical, because the questions and needs that faith leaders and their communities are facing are now much more to do with individual judgement than the interpretation of guidance.

As I have spoken with many faith leaders, I realise that conflict and dis-unity are appropriate labels to describe the issues they are facing in their communities. Many of the disagreements brewing within these communities can be exemplified in the issue of mask wearing. Some feel that, with Government restrictions lifted, they want to fully exercise their freedom and no longer wear a mask; others show more caution—either out of concern for themselves, or for others—and would want as many as possible to continue to wear them. The same argument is true for all kinds of social distancing and protective measures. Ultimately, it comes down to how we interact when in shared spaces.

I found a reflection from American writer Bob Sorge to be particularly helpful. Sorge writes, here, about conflict and disunity, and although his was a different subject, I think it applies well to the situations we face today.

As a Christian writer, he refers to the book of Romans, chapter 14, verse 3:

If we set aside the somewhat contentious issue of diet, but instead see this as an example of how people choose to conduct themselves, I believe there is a warning for us all embedded in this verse. Some feel able to behave freely, where others instead choose to operate with some restraint. This seems to me a good picture of where we are now. Some wish to live and act in complete freedom, whereas others do not feel free, just like those to whom the writer of Romans was speaking. Both the free and the restrained feel they have got it right, that righteousness is on their side. However, the warning in the verse is clear—do not despise the one who abstains and do not judge the one who is free.

The power of humility in a community of faith

I was struck by the humility which is required on both sides, here. When I read this, I realised I was exhibiting one of these traits, and I find it a constant challenge. As soon as the thought starts form—”Why can’t they just…?”—I remember the question: are you despising/ judging? Of course, we think that we are in the right. This is our own perspective, our own way of thinking. But asking this question can prompt a humbler and softer outlook.

Being in community with others—those who are not the same as us, who do not share the same views—is really powerful, and that is what a community of faith gives. It is very different from what often happens with social media, where like-minded people come together in a self-affirming echo chamber. A faith community, particularly when an active commitment has been given, is more like a family. We do not have to always like each other, but we can choose to love each other, to abide with each other.

No man’s land: a danger and an opportunity

Often, the greatest dangers are those we do not expect. Over the past few years, we have had to face an economic crisis, the collapse of banking institutions, measures of austerity, the turmoil of the Arab Spring, the Syrian civil war, and an ongoing migrant crisis. We have lived through many general elections, the ups and downs of Brexit, and now a global pandemic. My faith community has come through much of this together. We have our differences of opinion, some which are held quite strongly. We are a very diverse community of believers, yet we seem to navigate politics well.

I am concerned, though, about coming out of lockdown. Whether to wear a mask or not may seem like a minor issue, but if it leads to despising and judging, it could be fatal to our unity and fellowship.

Yet it might also be an opportunity. We can be all together now, but we need to remember we are still in a kind of no man’s land where being neighbourly may mean laying down our own preferences for benefit of others.

Photo by Vladislav Babienko on Unsplash

Daniel is a gifted speaker, particularly on the topics of how community groups can partner with government, the role of faith in local services, and how to engage the community in local action.

Daniel previously worked as a history teacher in a London secondary school and later as training and development manager for a large voluntary sector organisation in east London.

Ponderings brings together blogs, articles and interviews pondering life, faith, and society from the perspective of those who choose to follow Jesus.

We’re looking forward to sharing some ponderings from a number of Christians from different backgrounds, worldviews and interests as we seek to navigate the 21st Century together.

Daniel’s personal site where he shares on his thoughts on wider subjects.
www.danielsingleton.org.uk

A network of faith-based organisations and groups involved in social action.
www.faithaction.net