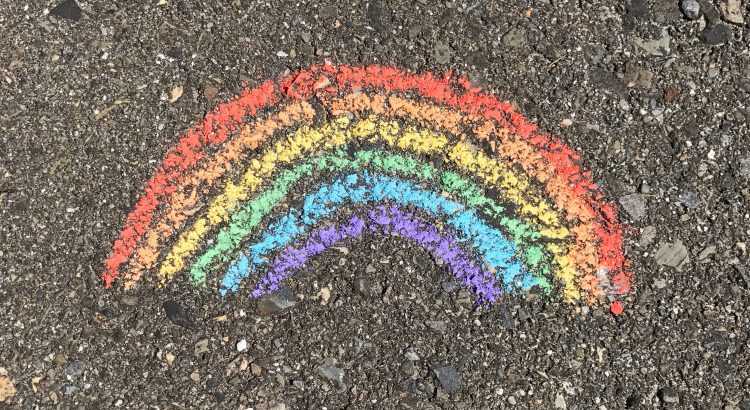 Photo by Alex Jackman, via unsplash.com

This is an edited version of an article original published May 2020 on Cinnamon Network International.

For several months in the U.K., each Thursday we would gather on our front steps and balconies to clap, cheer and bang pots to show support for health and social care staff. This “Clap for Carers” became an opportunity for us to let off some steam, as well as a chance to see our neighbours when many of us wouldn’t see another human in the flesh from week to week.

Some people would put up signs saying, “Thank you!”, “Stay safe!”, and “You are all heroes!”. There were also pictures of rainbows which were taken, again, as a symbol of hope. I believe this signifies a looking beyond science and Government to something more divine; a hope we have innately in God above.

There has been much focus on the NHS—our national health service—but, of course, life is not dependant only on this section of society, as vital as it is. What we are quietly recognising are the acts of sacrifice of the ordinary shopkeepers, the online and retail staff, and the supermarket shelf stackers. At the end of all this, I expect we will see awards being given to NHS staff—and rightly so—but will there be awards for those other essential workers who kept things going and supplied us our food, drink and toilet roll?

It seems the question here is, what makes a hero? Usually, for someone to be awarded hero status, they need to do something extra-ordinary. However, these people are heroes for doing the ordinary in extra-ordinary times.

My grandmother passed away in February and, as the family gathered (back before the lockdown) from all parts of the country and all walks of life, we told stories of her life and the impact she and my grandfather had on our lives.

My grandfather was the classic war hero. He was an amateur boxer before WW2 and found his niché as a fireman in the East End of London during the Blitz. He actually met my grandmother as he ran out the fire station one day and knocked her over. (He always claimed that he said, “If you come round tomorrow night, I’ll knock you over again!”—Nan, at this point in the retelling, would dispute this and say that the shrapnel in his head was affecting his memory). He was drafted into the army and, after many adventures, taking extended leave to visit his sweetheart, he was in the D-Day invasion in 1944. He was injured and left for dead, but made remarkable recovery.

His were the stories we loved to hear. They were of drama and comedy. But, surviving evacuation in a strange part of the country, with an injured husband and new baby and without the social security we expect today, my nan’s was the real story of endurance. She always found work and charmed the butcher to get the unrationed ‘off cuts’. She supported elderly parents now in different parts of the country and she nursed the psychological injuries of her husband.

My nan was an ordinary hero.

Like those of us who put rainbows up in their windows in expectant hope, her faith was not in her abilities, the work of institutions or Government. During the war, and for the rest of her life, my nan was not the fighter or soldier like my grandfather had been; she was a prayer warrior and sometimes a prayer worrier.

She prayed and she cried for those of us she prayed for; she worked behind the scenes and, like the ordinary heroes today, she worked in a corner shop—no medals for her but a legacy of life.

Sometimes, we have cause to hope that there is a hope beyond what we know and see. We have to do what good we can and look up.

In the same way, let your light shine before men, that they may see your good deeds and glorify your Father in heaven.

As we continue to celebrate carers and other essential workers of all kinds, I will also be thinking of Nan and her ordinary contribution in extra-ordinary times. 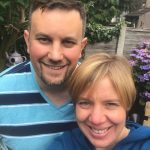 Daniel is a gifted speaker, particularly on the topics of how community groups can partner with government, the role of faith in local services, and how to engage the community in local action.

Daniel previously worked as a history teacher in a London secondary school and later as training and development manager for a large voluntary sector organisation in east London.

Ponderings brings together blogs, articles and interviews pondering life, faith, and society from the perspective of those who choose to follow Jesus.

We’re looking forward to sharing some ponderings from a number of Christians from different backgrounds, worldviews and interests as we seek to navigate the 21st Century together.

Daniel’s personal site where he shares on his thoughts on wider subjects.
www.danielsingleton.org.uk

A network of faith-based organisations and groups involved in social action.
www.faithaction.net